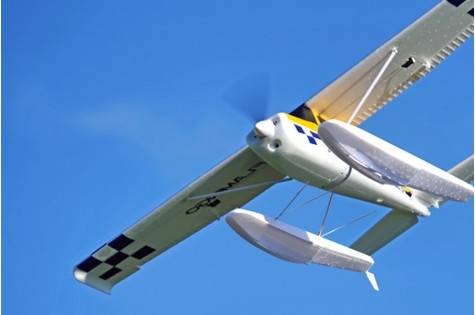 The Ranger is the 1st FMS aircraft coming with the "Reflex" stabilisation system for free, which make it very easy to fly for beginners. RTF version with radio system included.

As the newest member of the FMS multi-purpose aircraft lineup, the 1220mm ranger retains all of the fantastic features that pilots have come to expect from FMS- stable flight characteristics, easy to assemble airframe and realistic, general-aviation inspired design.

A great aircraft is nothing without a great, dependable power system- FMS has equipped the ranger with a 3136/1200KV outrunner motor with 20A Predator ESC, which allows the ranger to climb almost vertically on demand!

In the box, the ranger comes with two sets of landing gears- a high-strength metal landing gear for ground operations and a pair of floats with an integrated rudder for water operations.

Designed with a yellow and white high-visibility color scheme, the ranger can always be easily orientated even in gloomy, overcast weather.

Like the Super-EZ and the Kingfisher, the ranger is designed with ease of assembly in mind. Requiring only 6 (wheeled landing gear) or 10 (floats) screws to completely assemble, the longest wait time is the time it takes to charge the battery!

The ranger comes also with a free 6 axis stilisation sytem.

Don’t miss out on one of the most revolutionary FMS aircraft, the amphibious ranger!